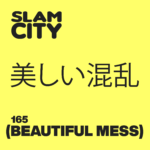 Dudes in a Booth deliver another triple uranium episode to the Quantimino™ from Daddy Juice Energy Studio in the Beaded Curtain District.

Confused, jealous wife stabs husband after seeing her younger self in old photos.

Rare US gold coin dating from 1787 sold for 9m dollars.

McDonald’s Customer Enraged As Delivery Boy Cancels Order; Eats It Outside Her Home.

These two types of chocolate ramen are going to make Valentine’s Day extra-sweet.

Japan’s Tenga wants to create a masturbatory aid for people to use in outer space.

Nashville lawyer suspended after posting advice on how to make murder look like self-defense.

Woman demands family pay for a second wedding because she didn’t like the photos from the first.

An 18-wheeler carrying a load of honeybees flips, causes road closure near downtown.

The little 3-legged plastic pizza table (pizza saver) was invented in 1974, which the inventor called “SEPI” or “Separador de pizza”.

Godzilla was originally created as a metaphor for the relationship between humans and nuclear weapons. Its skin is not based on reptile scales but the burn wounds found on the survivors of the Hiroshima bombing.

A band released a playable record made out of ice.