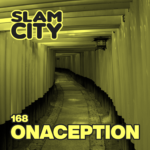 Gemini, Burrito, Brian, and Arthur meet up at Daddy Juice Energy Studio in the Beaded Curtain District to record another triple uranium episode of The World’s First Quantimino™ Powered Podcast.

Getting through city life without electricity, running water, and the Internet.

If power went out while you were at the grocery store, what would you loot?

How many Hot Wheels would fit in a Walmart shopping cart?

Warren police search for man who pooped in unlocked cars at auto shops.

Man back behind bars for carjacking 16-year-old girl just 20 minutes after prison release.

All You Can Eat Restaurant Forced To Close After Two Weeks Because Customers Ate Too Much.

Saitama begins plans to regulate how to use escalators, prohibit walking up and down.

Anime figures damaged in earthquake? Tokyo manufacturer offers to repair them for free.

Sakura tacos? The Tokyo treat we didn’t know we needed until right now.

McDonald’s is selling chicken hoodies for $5.

This Chameleon May Be The World’s Tiniest Reptile, But Its Genitals Are Huge.

Every Honda CR-V Hybrid Comes with a Fart Joke in Its VIN.

Rick Astley’s “Never Gonna Give You Up” interpolated to 60fps 4k is freaking everyone out.

In 1958, Momofuku Ando invented instant ramen and established Nissin Foods. “Chikin Ramen” became their first flavor. He went on to create “Top Ramen” and “Cup Noodles”. Before this, ramen was considered a luxury food for most people.

There is a usually harmless condition called penile melanosis which causes a man’s penis to become spotted with brown or black spots, which can form on the head or the shaft.

“Astronaut” means star sailor and the word is coined by NASA.