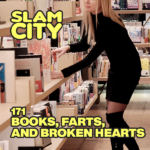 Selling your soul for a billion dollars.

Sitting or standing to wipe. Who does what? Gemini reveals his secret.

Tipping is a Myth.

Papa John’s former CEO says he’s been ‘working to get rid of the N-word’ in his vocabulary.

10 yakuza members arrested for stealing sea cucumbers from the ocean.

Oysters from a Japanese vending machine.

Man arrested for sending 37 death threats to Square Enix because he couldn’t win at a game.

Billions Of Insects Have Accidental Sex.

Escaped convict lands himself back in prison after coming out of hiding to buy a video game.

The “Mariko Aoki effect” is when people have an urge to poop caused by visiting a bookstore.