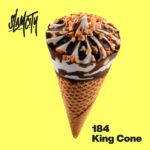 The World’s First Quantimino Powered Podcast is recorded especially for you at the Daddy Juice Energy Studio in the Beaded Curtain District.

What are you ordering from the Ice Cream Truck?

Among Us BTS McNuggets.

Arthur the Arbiter had an actual BTS Meal.

Semi-truck carrying fireworks crashes, catches fire on I-294 in Berkeley.

Australian researchers discover why only two of echidna’s four penis heads become erect at one time.

How scientists taught monkeys the concept of money. Not long after, the first prostitute monkey appeared.

Naked Florida woman is tasered by the police after trashing a restaurant.

Japanese cat owner has to sell sports car to pay for medical bills, finds best buyer in the world.

Suitcase with corpse inside washes up on shore of Japan’s largest lake.

‘I was completely inside’: Lobster diver swallowed by humpback whale off Provincetown.

An Olympic Hopeful Blames A Burrito For Her Positive Drug Test.

After party: Brian’s “The one that got away”