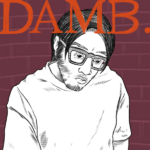 This that Be Praised Mayo, that DJE, that TED Talk, ayy

Watch our soul speak, you let the meds talk, ayy

Swapping boba back and forth.

Britney Spears is bringing ska back.

White Influencer Now ‘Classifies As Korean’ After Receiving Surgery To Look Like A Pop Star.

Crackdown on illegal maid cafes looks to be making maids a rarer sight on streets of Akihabara.

Japanese cook shaves his head in apology after gross customer complaint, then things get weird.

Kappa Sushi rents out conveyor belts for diners to use at home.

Reserve your own spot on an uninhabited Japanese island for an unforgettable camping experience.

Peculiar parasitic fungi discovered growing out of the rectum of a 50 million-year-old fossilized ant.

Something’s fishy: The fight over Subway’s tuna sandwiches opens up a can of worms.

‘God told me to come here’ Louisiana man arrested after getting high and driving to prison.

A Wyoming man calls to ask why he wasn’t arrested, is arrested.

Police break up an exorcism at a Home Depot.