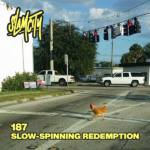 Captain Planet and the Planeteers.

Etiquette. How to properly eat a sandwich.

Arthur the Arbiter: Chicken wing shortage, $2 surcharge for every 5 wings.

The Internet Is Losing It Over the ‘Eye of Fire’ Burning in Mexican Waters.

Cops in Japan use a police box as shag shack, one goes on to have a second affair with another officer.

Please take Tokyo Olympics condoms back to your home country and use them there, organizers say.

“Beef Candy” blurs the line between sukiyaki and candy.

After a flight is delayed, then canceled, a passenger uses the emergency exit of the plane on tarmac at Charlotte airport.

‘They said I don’t exist. But I am here’: one woman’s battle to prove she isn’t dead.