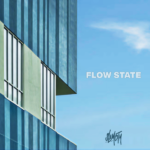 Brainstorming Session: Jaymark is in talks about Slam City trading cards. For the info on the back, the designers are including the nicknames of our fearless and greasy hosts. What nicknames do we have and what other info could we consider including on the back of our trading cards?

Hypothetical Meta-Analysis: If Brian had the opportunity to date someone on Tinder that made more money than him, would he take up the offer? Obviously yes (maybe) but would he up the ante (i.e. wax his crack).

Woman breaks into a dental office and pulls 13 teeth from a clueless patient.

Free heroin, cocaine and meth handed out outside of the Vancouver Police Department.

Do new options mean men will have responsibility for birth control?

Mum makes a face mask out of her breast milk to ‘bond’ with her newborn baby.

Fans insist a nun looks ‘two decades younger’ because she lives without men.

You can now rent “fat people” in Japan.

Booze made from wood is coming soon in Japan.

A Movie About A Woman Being Impregnated By A Car Just Won The Palme D’Or At Cannes.

Woman bemuses people by showing off her mum’s cupboard of food ‘that never goes off’.

Subway Tried To Hand Out 1 Million Subs To Promote Its Revamped Menu This Week. Instead, Some Franchisees Said They Struggled To Give Away Free Sandwiches.