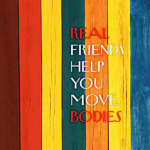 Voted Best Podcast that You Have Never Heard and You Are Missing Out. When someone tells you that you can’t handle it, prove them wrong. This show might not be for you, but you should find out first. Not every listener is a first-time listener, but we strive to keep it that way.

The phrase “long in the tooth”.

Woman who claims she is ‘having an affair’ with a chimp was banned from visiting him by zoo staff.

The FAA wants to fine a passenger $45,000 for throwing luggage and putting his head up a flight attendant’s skirt.

Flight attendants warned ‘never use duct tape’ after a spate of incidents.

Firefighters discover ‘body in the river’ was a swimmer relaxing.

A Japanese TV show about women sprinting up hills and panting adds its first-ever male performers.

An Ibaraki woman was arrested for attacking the Olympic torch with a water gun.

$100 ramen in Tokyo: Overpriced or totally worth it?

Woman attacked by an alligator says ‘I love him’ and it shouldn’t face any consequences.

Hayley Williams is now credited as co-writer on Olivia Rodrigo’s Good 4 U.

The Baby On The Cover Of The Nirvana Album “Nevermind” Is Suing The Estate Of Kurt Cobain For Sexual Exploitation Of Minor.

Reversing A Planned Ban, OnlyFans Will Allow Pornography On Its Site After All.