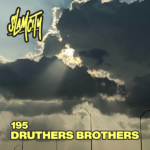 Is cereal a soup?

Which Lucky Charms marshmallow would you keep?

An epic debate about what constitutes a sandwich.

Woman who hid 26 kids behind a false wall at daycare is guilty.

How a shady high school football team faked its way onto ESPN.

FTC investigating McDonald’s and why their ice cream machines are “always broken”.

A breathing tube through the butt could be an alternative to mechanical ventilators.

China bans men it sees as not masculine enough from TV.