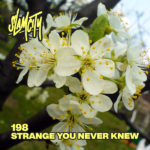 We saved you a seat at the lunch table where the conversation is a roller coaster of witty exchanges of knowledge, jokes, and laughter unmatched by everything that you’ve heard before. Bring a change of clothes.

Arthur wonders how the cohosts feel about the recent Apple zero-day and Pegasus spyware.

Get the phrase “blessed like Peter North” in the zeitgeist.

Your favorites from Wendy’s one last time if the restaurant closed.

Saddest song of the 90s.

Swearing Is Actually a Sign of More Intelligence – Not Less – Say Scientists.

Kuchisabishii “lonely mouth” The feeling of wanting to eat when you aren’t hungry. What is your go to lonely mouth snack? Words in other languages that English can only describe in sentences.

Polish sells parts of her BODY as NFTs including G-spot and nipples.

The U.S. Treasury Is Auctioning Off an Entire JDM Project Car Collection.

One Man’s Journey To Document The Strangest McDonald’s In The World.

Men take a vehicle with ‘free car’ sign, find a body in the trunk.

Headstone used to make fudge was restored to a Michigan gravesite after 146 years.

Where it was for most of the time it was missing is a mystery.

Drunk droning arrest first of its kind in Aichi Prefecture.

Japan is so polite even its hanko stamps bow to show respect.

Attack On Titan Gets Freaky-Looking Trash And Recycling Bins.

3 people were shot at a Pennsylvania baby shower after an argument over gifts.

Chinese netizens angry at Gong Li for wearing Adidas, point out that she’s not a Chinese citizen.