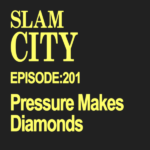 Zero spending days are a myth.

The new Batman movie: The Batman

Perspectives: Taking a shit on the clock

Strung Out – An American Paradox

Rage Against the Machine – The Battle of Los Angeles

The Mars Volta – Deloused in the Comatorium

Man orders 100 tacos on first date, asks woman to pay for them

UK Man Wears Fatsuit, Disguises Himself as a Black Woman Before Carrying Out Acid Attack on Ex-Girlfriend

Shoppers are shocked after learning ‘correct’ way to pronounce ‘IKEA’