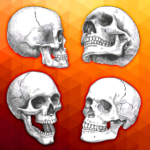 “Memento mori” opens with a long conversation about a scientific paper from 2003 that studies female users of a certain unnamed dating app and their preferences in the men that they contact. The topics then move on to: Quantum Leap, getting her nose where the sun don’t shine, eating in the car, odd news commentary, Nippon news, and what we had for lunch.

Height to income dateability ratio, an Interview with Dr Smartman – These Clams Don’t Appreciate Short Kings: How Much Short Guys Need to Make to Be Attractive

The Back Nine: How to get her nose in your b-hole

Eating in the car

Japan’s oldest McDonald’s worker defies age barriers, inspires everyone at the age of 93

Woman claims her life is harder because she is ‘attractive’

‘Plus-size Hooters’ in booty shorts spark debate: We are ‘sexy and confident’