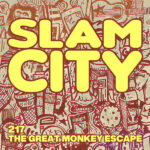 Your favorite radio show delivers entertaining commentary about 18-wheelers flipping over on highways, fast food, Japanese news, and other random but interesting topics to make your day that much better.

Want to cover yourself in bologna? Oscar Mayer has a face mask just for you