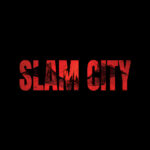 The Burrito reviews the 2022 film The Batman and brings up Wonder Woman. Gemini and Brian discuss feet guys through history. Arthur explains why fundraising for war efforts is for suckers. Gemini battles anonymous text messages and email spam. Newz commentary, a heated debate about tipping, Burrito’s Nippon News, “stuck” motels, plus the best guessing game in the Quantimino™, What I Had For Lunch.

Fundraising for war efforts is for suckers.

Burger King Has a New Take on The Whopper, the Twisted Whopper

Crazy cheap hotel in Tokyo comes with a crazy catch

Man with no visible injuries found dead on train in Japan

The intro clip in this episode is sampled from “Pitch Experiment: Canon in D + All Star (Smash Mouth)” by There I Ruined It Productions, reddit user dustin1776.