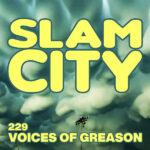 Hold on to your pueblos while you travel through the Quantimino™ with triple uranium hosts Gemini, Burrito, and Arthur as they bring you into their thought-provoking and entertaining conversations.

A look back at the cord-cutting movement

Connected security cameras with streaming video and two-way audio are a great way to keep tabs on what happens at your home when you’re not there. They can also be a great way for hackers to spy on and terrorize victims.

Having a tinkle, a piddle? Draining the ol’ lizard? Taking a whizz, a leak, ‘scuse me but I gotta see a man about a horse… So many ways to say it but the real question is: sit or stand? Wait, is that a question? Smahtman Burrito whips out the stats!

Do men in Japan stand or sit to urinate? Survey reveals some surprising discoveries about men’s toilet habits.

It Seems Like a Lot of You Are Cheating at Wordle

Is Someone (Really) Trying To Sue Burger King Over Too-Small Burgers?

Man at hotel accidentally shoots himself in testicles