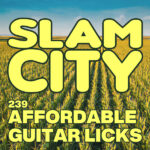 Accepting that “Oldies” now include 90s grunge and rock

After trending on TikTok, Nirvana’s 1991 song “Something In The Way” and Goo Goo Dolls 1998 song “Iris” both re-entered the Billboard charts.

Kangaroos have two penises and their balls are above their dicks. Also, ladyroos have three vaginas.

Woman arrested after crashing car, fleeing on foot showed signs of intoxication before bribing deputy with sex to let her go

Woman rescued after falling in toilet trying to get phone

Sadako now has her own YouTube channel, hopes to upload videos about her daily life 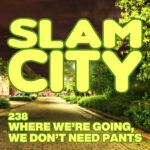 Arthur needs more schooling on this dining out/tipping game, or maybe he just needs a refresher.

BNN Preview: Anime waifus, you know ’em, we love ’em! Especially the cartoon physics that govern the gravity defying quivering titties, the jiggling jugs, the booby bounce! Burrito motorboats his way up the timestream to find the source of all this titillating movement.

Famous manga artist claims famous character designer was the perky pioneer, but not everyone is convinced.

Taco Bell is bringing back the Mexican Pizza

Carjacker beats up 72-year-old, takes car, only to die in crash

Scientists Want to Probe Uranus With a New Spacecraft

Hokkaido man found naked in laundromat in middle of the night

“I’ll draw one animal for every retweet!” Japanese artist now has to draw 22,000 animals 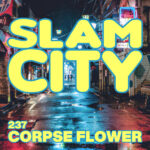 Your fearless and greasy hosts discuss the state of Netflix, its content, and subscribers sharing accounts then given a scenario: If offered a multi-million dollar payout after three years, could they provide audio content on-demand at a moment’s notice? Odd news commentary, Burrito’s Nippon Newz, and your favorite food-related guessing game What I Had For Lunch complete another episode of The World’s First Quantimino Powered Podcast.

As a Slam City host, would you be on call 24 hours a day for three years for whatever our employer needed and we’d get paid $100M or if anyone drops the ball, we’d get paid nothing?

“Gamer apartments” available to rent for under US$350 a month, comes with full gaming PC setup

How to use the new floating hologram registers at 7-Eleven

Episode 236: Apex Ouroboros | Your Ankles Are Upside-Down | Lyfe As A Condition | Steve Lazarus 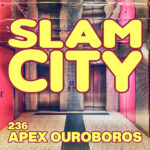 Is edging by yourself unnecessary?

Fictional emo band in an audio drama – Lyfe As A Condition with Steve Lazarus, Geoff Solomon, and EZ Kill 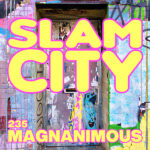 The World’s First Quantimino Powered Podcast is recorded especially for you at the Daddy Juice Energy Studio in the Beaded Curtain District.

Me-date revisited. Did Brian break his $25 high watermark on his Eurotrip?

What song(s) put them in the Nickelbox in the first place?

What song(s) put them in the Phoenixelbox?

Dog abandoned for being ‘gay’ gets adopted by a gay couple 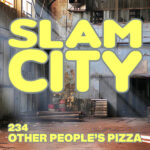 “Hooked On Ass Eating. It’s like Hooked On Phonics but instead of reading, it’s ass eating.” If that line made you smile or chuckle, then this audio exhibition was made just for you.

‘Everybody Hurts’ by R.E.M. voted saddest song of all time

Wallet with $4,000 lost in Times Square incredibly returned to owner

Florida man shoplifts a crossbow by stuffing it down his pants

Box of human heads stolen from truck in Denver

Man sentenced to 3 years in federal prison over Pokémon card 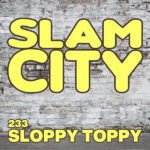 If you are searching for the most thought-provoking conversations from scholar-gentlemen, then look no further than The World’s First Quantimino™ Powered Podcast. This time around, we finish reviewing the , deliver our infamous odd news commentary, and drop more of that quality banter that you expect from your favorite part-time friends.

Tekken pro asks guys under 170 centimeters (67 inches) tall to “please live your life with the idea ‘I have no human rights’ in your mind.” 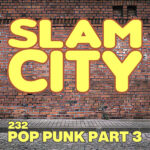 Discover what everyone on the other side of the tracks is raving about and listen to the thought-provoking conversations from the scholar-gentlemen of Slam City about pop-punk music and odd but interesting news.

Alternate episode title: “Part Three of a Review of the 100 Greatest Pop Punk Songs of All Time (and Then Some)”

Discarded episode title candidates: “The Worst You Take From Every Heart You Break”, “Crashing a Hotel Room”, “Mausoleum”

Windows 3.1 is now 30 years old. The operating system launched back on April 6, 1992, and introduced several features that have since become ubiquitous.

70-year-old arrested after brawl with over 10 bikers 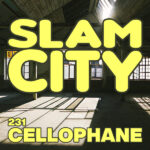 Keep your ears warm and your pants tight with the witty banter and odd news commentary from The World’s First Quantimino™ Powered Podcast.

Ref: There’s a Tokyo vending machine that sells love in a can (or a shot at it)

And here we were thinking cans of hot green tea were amazing.

Yep, that’s a whole ice cream cone as a ramen topping, as this restaurant in Japan offers

Free anti-embarrassment bags to be handed out at Comiket

Wes Burrito has a Quarter Pounder with Cheese for the first time in a long time.

Episode 230: Flavour of the Week 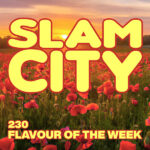 Listen to a conversation taped at Daddy Juice Energy Studio in the Beaded Curtain District. Discover a shared experience that you’ve been craving all this time.

Counting down the 100 best songs in the genre’s history, from Ramones and Green Day to Blink-182 and Paramore.

Data for the 2021 investigation was provided in a format most people stopped using more than a decade ago.

Japan is opening a video gaming/esports high school, and the idea isn’t as crazy as it sounds